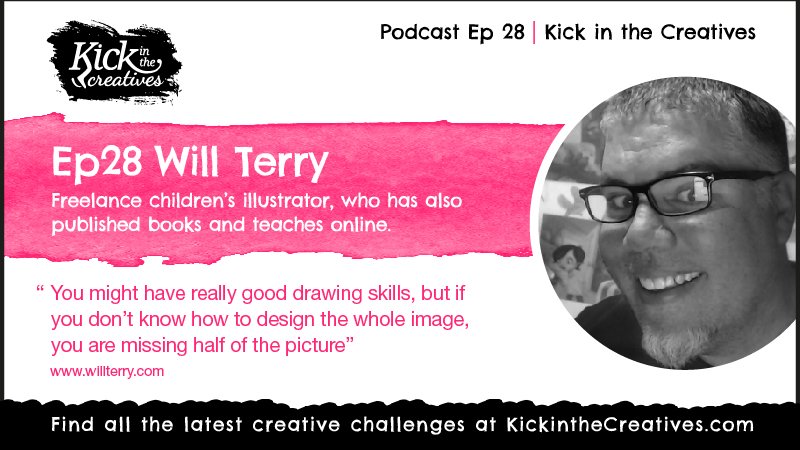 This week’s guest is Will Terry. Will has been a freelance illustrator for 23 years. After finishing his BFA project at BYU he began working for magazines and newspapers not far from where he grew up in Washington D.C. His early clients include publications such as Time, Money,  Wall Street Journal and Mastercard. He has illustrated around 30 children’s books for many of the top publishers including Random House Scholastic and Penguin. He has created several indie ebooks that have sold tens of thousands of copies. He also co-owns www.svslearn.com – online illustration classes for children’s book illustrators selling in over 80 countries.

A few of the topics covered in the podcast

You can find out more about Will on his website www.willterry.com . Also at SVS Learn which he co-owns with Lee White and Jake Parker (Inktober) and at his podcast 3 Point Perspective.

Sorry to interrupt, but would you like to know more about our art challenges and podcasts?

We're doing a happy dance, thanks for signing up